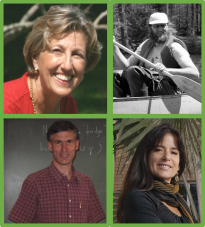 The Bass Visiting Environmental Scholars Program brings premier scholars in any field dealing with the study of the environment, past or present, to Yale for an extended period of time. The scholars are nominated through the YIBS Faculty Council, and while in residence at Yale, scholars present seminars, interact with faculty, students and research groups, and participate in the life of one or more academic units.

Dr. Rita Colwell was named as the inaugural Edward P. Bass Distinguished Visiting Environmental Scholar in the spring of 2005, and YIBS has hosted upwards of 30 scholars since then.

Mr. Bass, ’67 (’68 BS), is active in business, conservation, and ranching and is a committed environmentalist. He co-founded Biosphere 2, an environmental research and conservation project near Tucson, Arizona. He is chairman of the Executive Committee of the World Wildlife Fund and founding trustee of the Philecology Trust. He serves on the executive committees of the New York Botanical Garden and the Botanical Research Institute of Texas and has been a leader in the decade-long redevelopment of downtown Fort Worth. In addition to graduating from Yale College, Mr. Bass studied at Yale’s School of Architecture from 1968-70. His service to Yale includes co-chair of the Leadership Council of the School of Forestry & Environmental Studies, member and former founding chair of the YIBS External Advisory Board, and former member of the University Council and former chair of the Council Committee on the Peabody Museum. He was named Successor Trustee in 2001.