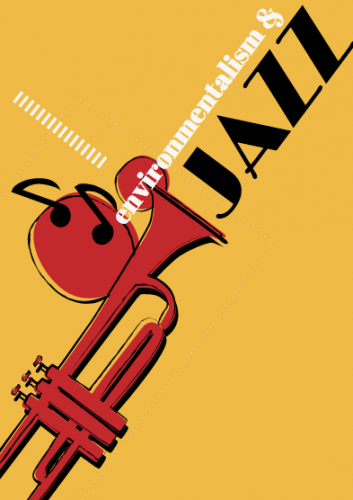 Pop music icon Joni Mitchell’s song “Big Yellow Taxi”, released during the headiness of the first Earth Day, ranks among the top anthems of the 1970’s environmental movement. With lyrics such as “They took all the trees and put them in a tree museum,” and, “They paved paradise and put up a parking lot,” it rebuked what humans were doing to nature in the interest of what was popularly deemed to be progress. The refrain, “Don’t it always seem to go that you don’t know what you’ve got ’till it’s gone,” adds a wistfulness for all that is lost in the name of such progress.

The song has a timeless ring given what humans are continuing to do to nature today. More than half of the global human population now lives in paved urban areas. And by all indicators, that number likely will grow to become two thirds of all humans, or even more, by mid century. It seems that there is no end in sight to humankind’s drive to pave-over nature. Indeed, the numbers of species that stand to be endangered in the name of such progress seems unconscionable. It is not surprising, therefore, that those who are committed to speak up for those species and champion their protection might become disillusioned. It seems that all we can do in the face of this unstoppable wave of global urbanization is to sing the blues, lamenting all those species that will surely go extinct, all the while losing hope that things will change.

Yet, this needn’t be a foregone outcome. Changing ways, however, require a shift in mindset about how we build urban environments. We need to stop simply being expedient by taking away all the trees, paving-over nature, and building from scratch. Instead we can and should capitalize on human ingenuity and creativity, to take care to design and build urban areas in ways that complement nature’s aesthetic and embrace its functional properties.

Take for instance a place that is near and dear to me: located a mere fifteen-minutes from where I live is part of an urban greenspace in which a river flows through a heavily treed landscape squarely in the middle of the city and several adjoining towns. I find it magical every time I step into the river at the crack of dawn, balancing against the surge of water pressure around my legs as I begin fly-fishing. I always take a moment and look up into the bordering forest to admire the kaleidoscope caused by the flecks of rising sunlight penetrating the small gaps within the dense forest canopy. The rising sun is nature’s alarm clock. There is not a person in sight, anywhere. The only sound comes from the singing birds, the flowing water, and me, breathing. Standing alone in this stretch of the river lets me forget my worries and reflect on what is good in life, including being lucky enough to have nature so close at hand.

One of the most important dividends of having healthy ecosystem functioning is the delivery of abundant, clean water. Forests on hillsides surrounding water bodies like my urban river play an important role in the delivery of clean water. By rooting to different depths in the soil, different tree species together prevent the soil from being compacted, which allows water to infiltrate and replenish soil moisture that eventually seeps down into the river. By rooting in the soil, trees prevent soil erosion during run-off events, which prevents the river from becoming murky with suspended soil particles. Such natural water treatment can help municipalities offset hundreds of millions of dollars in capital costs that would otherwise be needed to build water treatment facilities. Natural water treatment also offsets taxpayer funded water filtration costs that can run between hundreds of thousands to millions of dollars per year, depending on how much urban nature exists.

Encouraging nature as part of the urban built environment has benefits as well. Roadway trees creating urban forests filter out air pollutants such as ozone, nitrogen, and sulfur dioxides, and small particulates that cause respiratory ailments. They also provide natural air conditioning by cooling urban areas through shading. This in turn prolongs the life of infrastructure like paved roadways. It also reduces the need for energy generation that would normally be used to cool buildings and thereby reduces emissions of greenhouse gasses and air pollutants that accompany that energy generation. Urban trees help storm-water percolate into soils rather than run-off across impervious surfaces to flood urban drainage systems and watercourses, thereby reducing the concentrations of pollutants in the water supply. Estimates indicate that the value of these services to a given city could again amount to hundreds of thousands to millions of dollars. The replacement value of the trees alone can reach hundreds of millions of dollars, even after accounting for maintenance costs including tree pruning and removal, leaf pick-up and disposal, and utility-line clearing.

Urban trees offer personal health benefits as well. People living in neighborhoods with high densities of roadway trees are characterized as having higher perceptions of personal physical and mental health, of feeling younger, and of having lower incidence of cardiac and metabolic ailments than people living in the same city but in neighborhoods with fewer trees. It also encourages people to eat healthier diets, especially less meat and more servings of vegetables, fruits and grains. These health indicators persist even after accounting for differences in socio-economic factors and age. Estimates show that these lifestyle effects are equivalent to having $10,000 more in personal annual income.

The rise in urban ecological science is heralding a new era to help urban planners think more creatively about nature-informed design. Some of that creativity may come from combining natural features—such as varieties of plants with different physical structures that complement each other in their functioning—into new kinds of construction processes. Green roofs, roofs of buildings that are covered by all variety of plant species in a growing medium, are one such example. Bioswales are another. These gently sloping landscaping elements create a drainage course—a modified ditch or local depression—that is filled with natural vegetation or compost. They are usually built alongside streets or in parking lots. They collect and hold water from surface runoff to filter out silt and pollutants, thereby cleaning the water before it eventually enters a city’s storm-water sewer system.

Humanity’s influence on the Earth is forcing us to stretch our collective imagination into many realms that we have never considered before. But we have considerable scientific knowhow to support human ingenuity and thus meet the challenge of devising creative new ways to protect all the jazz. Designed landscapes change microclimates, flows and concentrations of water and nutrients, and emissions and concentration of pollutants. Hence thoughtful design must ensure that these changes lead to positive functional outcomes. Planted landscaping can even build natural habitats for many species thereby creating opportunity to lower their endangerment, as nature gets paved-over. But it requires thinking hard about the exact kinds and ways of creating habitats and how they are spatially arranged. At a minimum, that knowledge tells us that we should keep the trees whenever we pave paradise and put up a parking lot.

Oswald J. Schmitz is the Oastler Professor of Population and Community Ecology in the School of Forestry and Environmental Studies at Yale University. 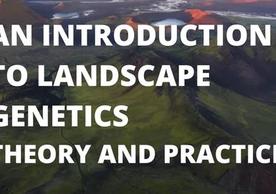 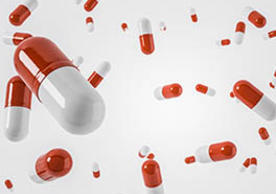